“Making pizza is like having a baby. You have to care about it to the same degree.”

These are the words of chef Antonio Sarnelli and to me they confirmed my suspicions about the man: This is a dude who seriously gives a fuck about pizza.

I knew this the first time I laid eyes on his majestic creations.

They glistening boastfully as they arrived, swept to the table by a waitress keen to please.

One a Margherita, the queen of pizzas, the other a heady truffle affair.

First bite told me I’d found the one and at once I felt an overwhelming sense of injustice.

Why is no one speaking about this place? There is endless and irritating droning by supposed pizza-fans in London.

Their ingredients are substandard, their dough lacking flavour and all the while they market themselves as the real deal.

I’m here to tell you they’re not and Made In South categorically is.

WHY SHOULD I GO THERE?

No one else in London is making pizza like Antonio. He’s an artist and his pizzas are ethereal and other-worldly. His ingredients are better than those at the pizzeria you go to. His buffalo mozzarella is genuinely exquisite with creamy springy bounce and mellow tang. His tomato sauce is as legit as an old nonna’s. He’s cooked it out properly so the flavour is deep and complex instead of sharp and shallow. He cares about his dough like he cares about his children. It’s slowly fermented and fucking magical with a pleasing level of chew. It’s neither pitifully light or obnoxiously spongy. It’s just right. Bravo Antonio.

I’ve sampled the truffle and the salami pizzas and while tasty they’re unnecessary. Share two by all means but trust me you’ll be fighting over the Marg. 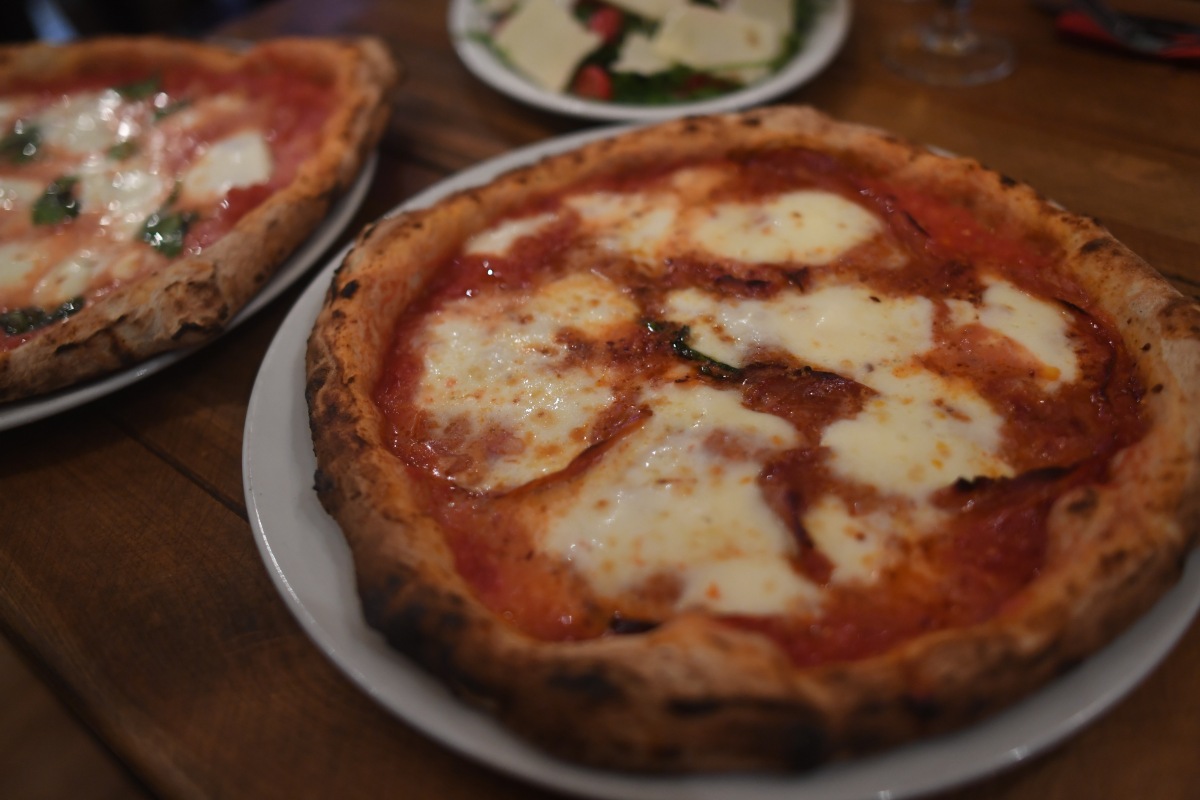 WHAT SHOULD I EAT?

Don’t be silly. Order a Margherita (with buffalo mozzarella) because when it’s right it’s right. When it’s right it’s the only pizza in the world. The only one you need and the only one you should bother ordering. Antonio’s Marg is like a brilliant band. All members working together, cheering each other on in majestic harmony. There’s no jumped-up front man in this band or drummer who thinks he should have a 15 minute solo. The ingredients have equal egos and that’s what you need for a properly good, pizza. Like a lot of classics it’s all about balance and this has that. 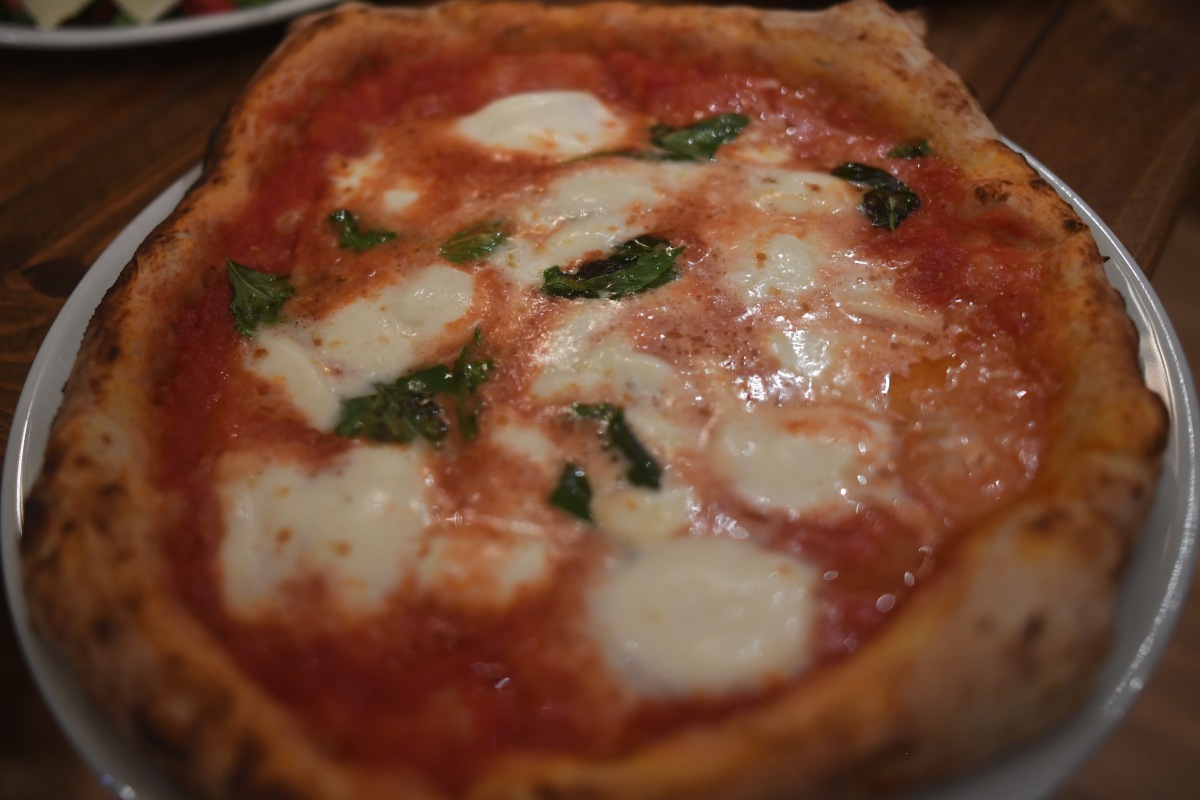 HOW MUCH WILL I PAY?

It’s not the cheapest pizza in London but it’s great value for money. The ingredients genuinely are a cut above and in a dish with not many that’s vital. The Bufala is £9.95 but the Truffle will set you back £14.50. A normal Margherita is only £6.95 which is an actual steal. 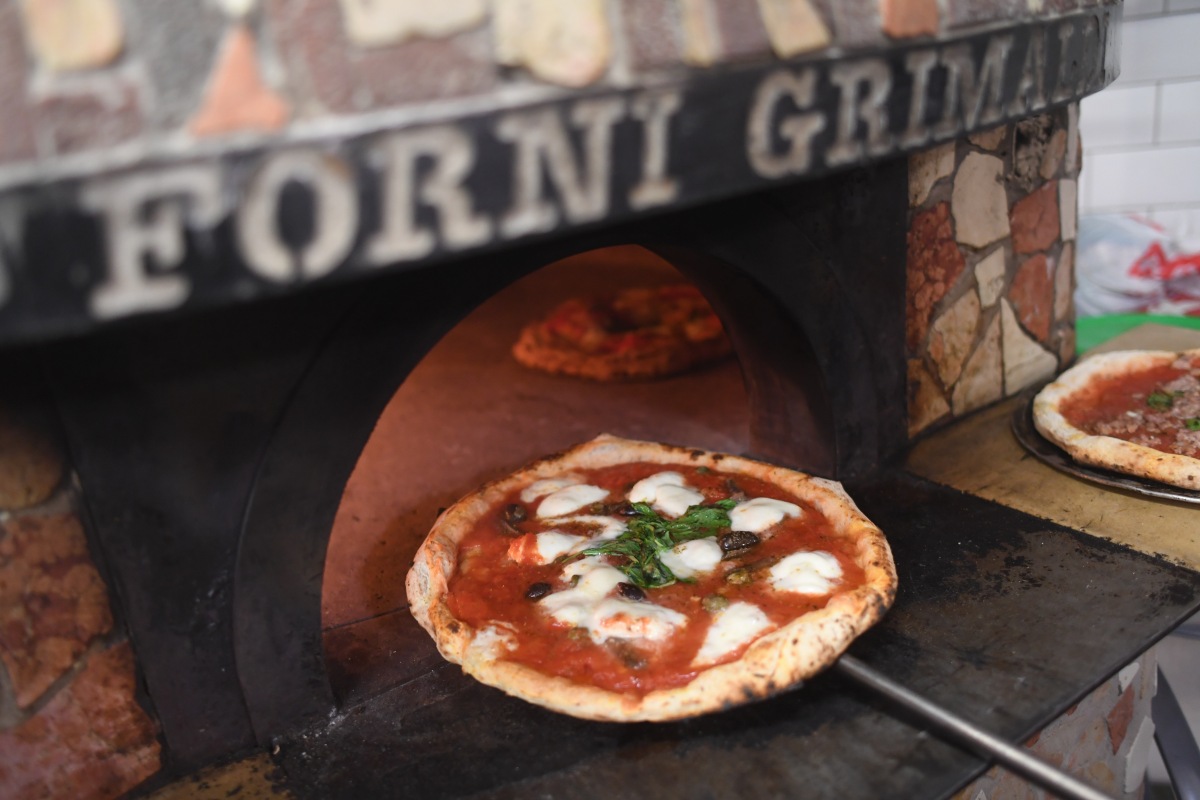 It’s completely transportive in the most comforting way. It’s like walking into the home of an old and proud Italian lady in the south of Italy. It’s eccentrically decorated with curious plastic vegetables and fruit hanging from the walls, the likes of which I thought was just a thing my nan and her sisters did – evidently not. It’s not trying to be anything which is utterly endearing and a vibe you can’t manufacture. The restaurant is small so you’re never far from the mighty pizza oven, but not cramped so you’ve got plenty of room to flail your arms with wild enthusiasm as you munch, if you so wish – I do.

I can’t fault it. The staff care deeply that you enjoy your time there and it shows. Service is prompt, warm and functional.

WHAT’S SPECIAL ABOUT IT?

This pizza is so good I’d eat it in a damp cave and not be too perturbed but the atmosphere and passion of the chefs makes for a thoroughly enjoyable dining experience.

It’s on Lavender Hill, SW11 5RL, which is my mind is a bit of a nowhere location and not close to a tube stop. But there are plenty of buses that head out that way and it’s worth the journey. One thing I would say is while the tables outside may seem like a good idea if it’s sunny you’re right by the main road which is a bit distracting.

HOW WILL I FEEL WHEN I LEAVE?

Extremely smug that you made such a good decision and you’ll have that warm glow that comes from eating cheese-covered carbs.

This is Antonio. He started making pizza when he was 13 in his uncle’s pizza joint in Naples. 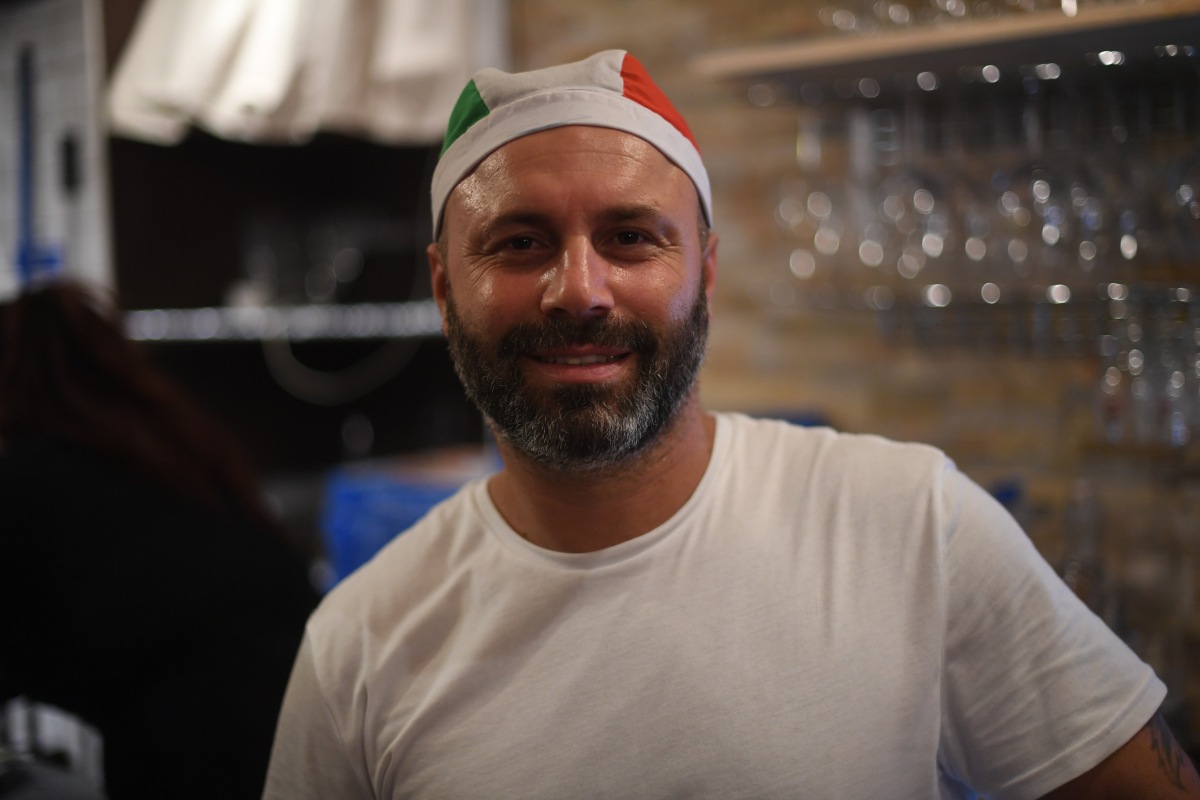 He was a fast learner.

“I started by preparing flour and then he let me start working with the oven when I was 14.

“He knew I could do it. I learnt immediately because I really liked it.

“Then I went to work for another pizzeria in Naples and the next step was to work as a pizza chef, making the dough.

“From there I went to Barcelona and then New York and Florida.” 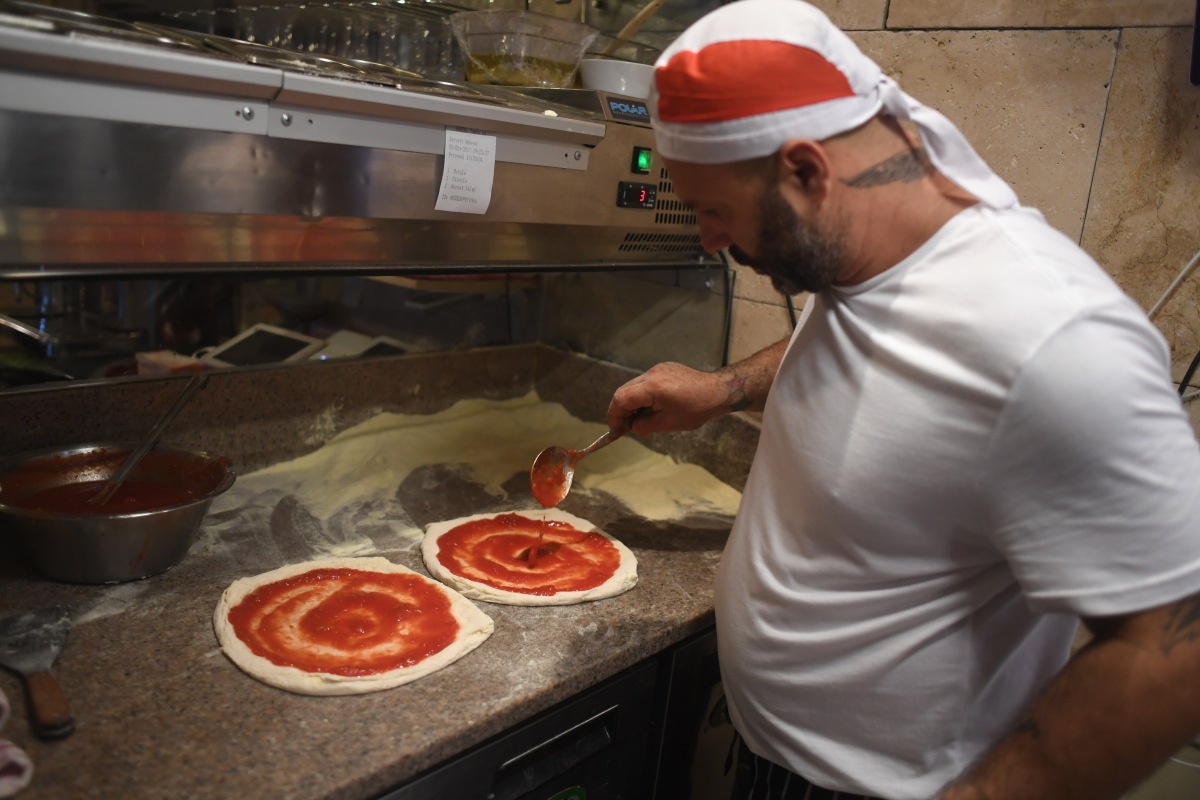 But the love for pizza was born earlier than that.

“I remember when I was a kid my mum carrying me in her arms to the pizzeria. We’d go every Sunday. I used to see the chef making the pizzas and I was fascinated.

“The smell of the oven and the pizza, it was just mesmerising.

“Just from watching them I knew I could do it and that I wanted to do it.” 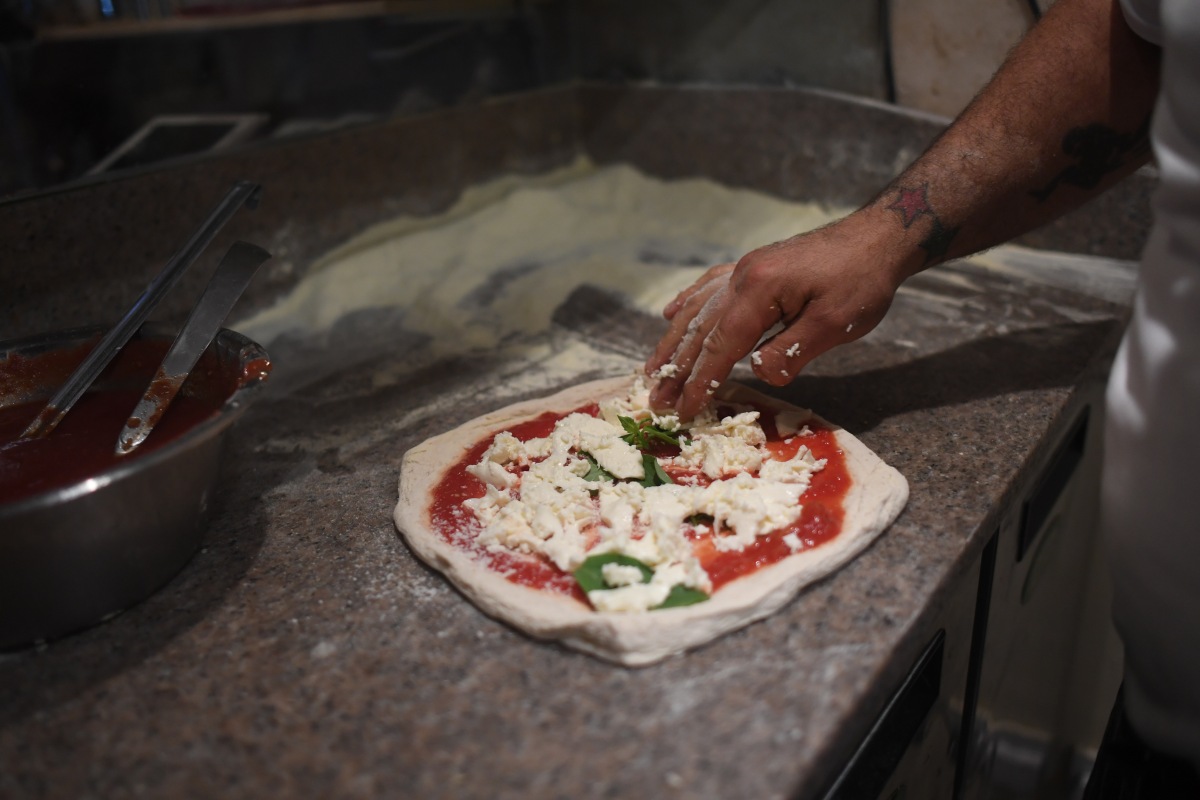 Antonio moved to London 15 years ago to open his own place but worked seven days a week as a courier to start off with.

But when his friend, who ran a restaurant in the building before him, said he was giving it up and Antonio could take on the lease for free it seemed an opportunity had landed in his lap and he worked tirelessly to fix the place up.

“I got an oven from Naples. All the work in here I did myself, every single detail. My heart and soul has gone into it.” 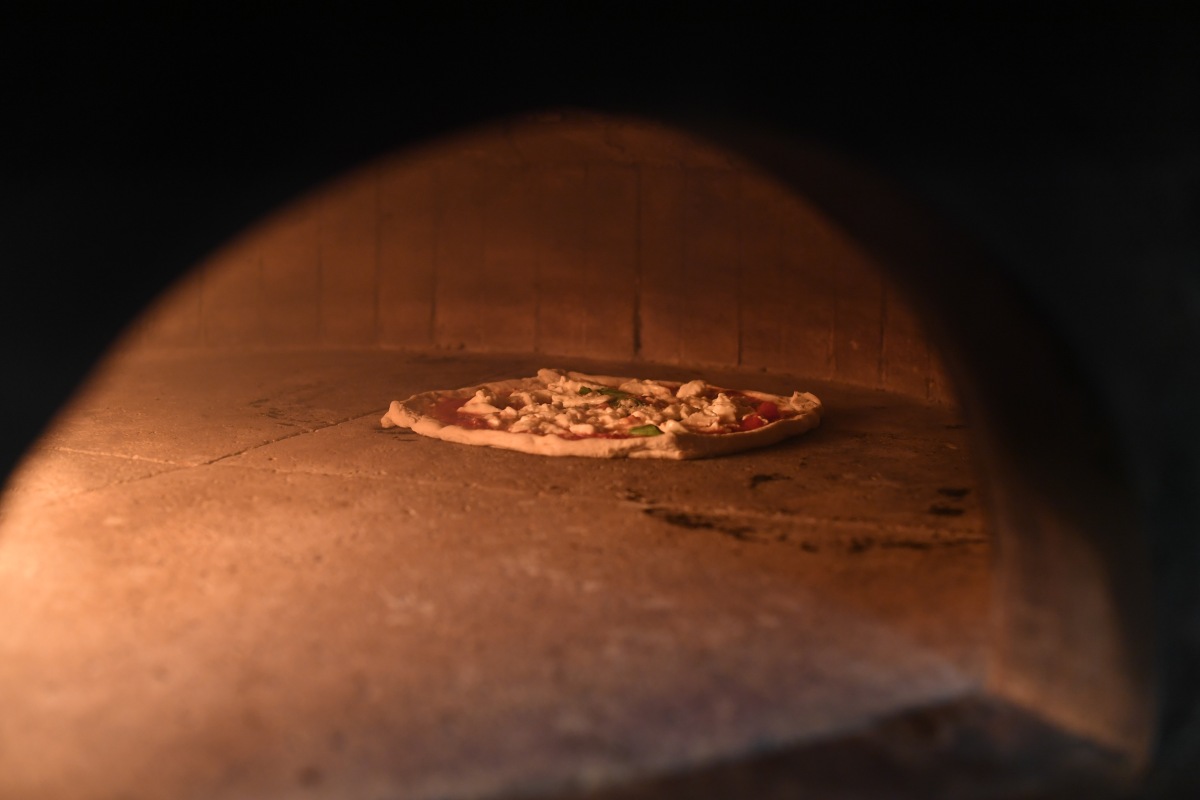 His wife, Iryna Sarnelli, remembers the early days of the restaurant when it opened three years ago.

She said: “It took a long time to get customers. Now we’re a lot busier. People like it.

“When we first opened I was eating pizza every day because it’s so good.

“I’ve tried many other pizzas before and nothing compares.

“There are lots of pizza places in London now but they don’t match up. The flour, the other ingredients – you can’t compare. 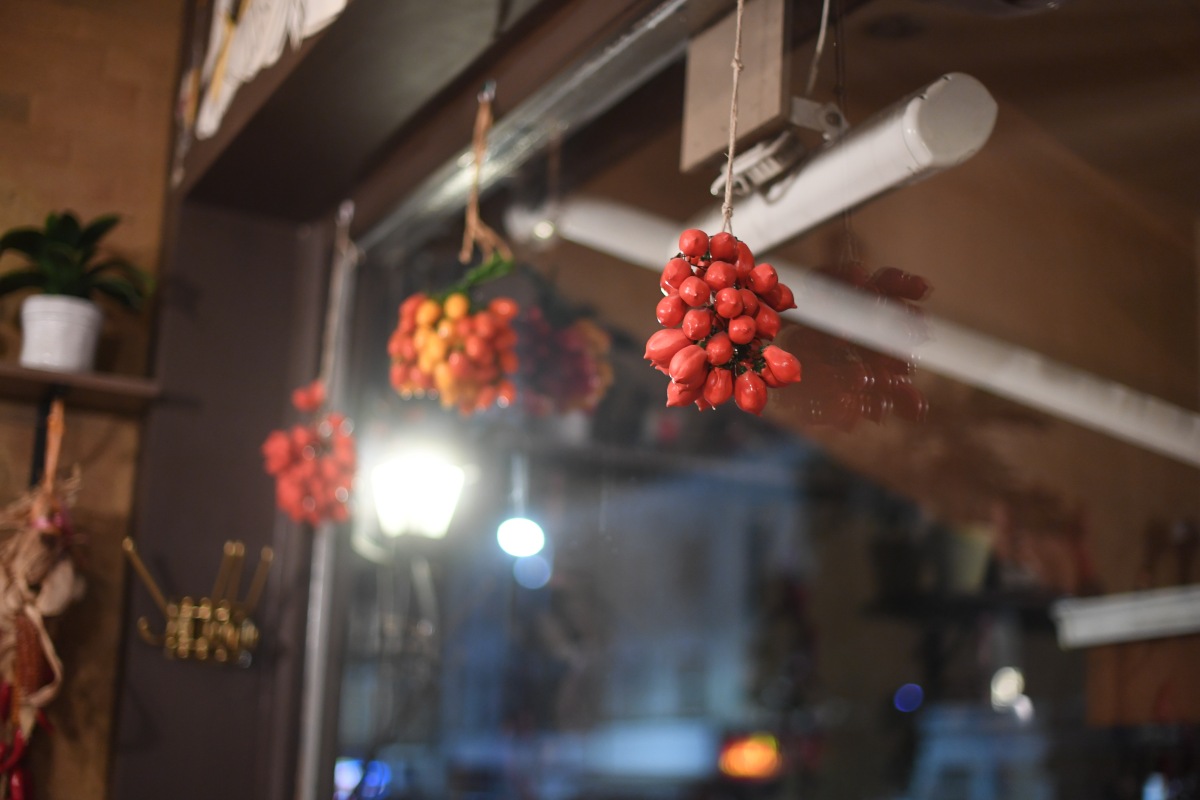 Antonio is pedantic about process. After years of making other people’s dough he can finally make his own, a recipe he said just came to him.

“The oven is important too. The right temperature. 150 degrees. No hotter than that because I want it soft. Any hotter and it will become too chewy.”

After years of honing his craft Antonio feels he’s nailed it and isn’t afraid to say so.

“People come here and confirm it’s the best pizza they’ve ever had. What’s the difference? The difference is the passion. That’s the first thing. It’s like delivering a baby. You have to look after it.

“I want people to feel at home here. Relaxed, happy, satisfied, like they couldn’t have eaten anything better. That’s how I want them to feel, a part of us.”

P.s. Decent tiramisu and all 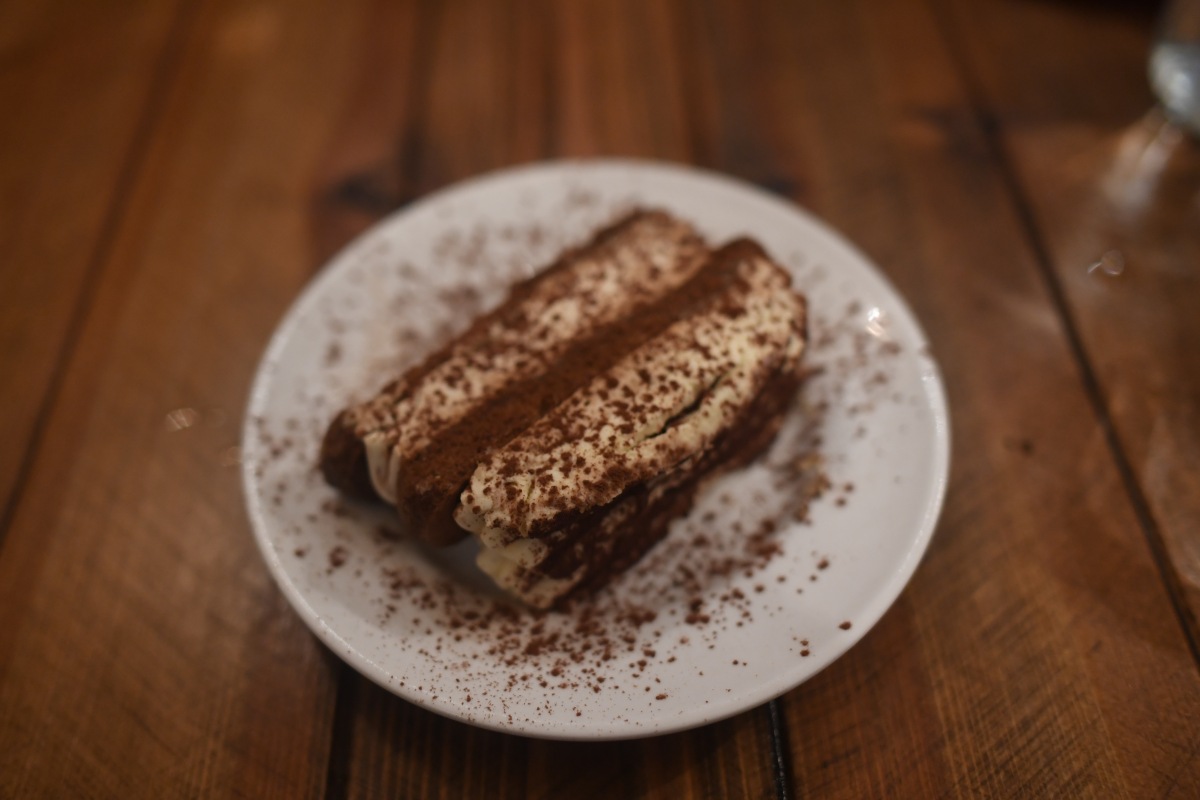